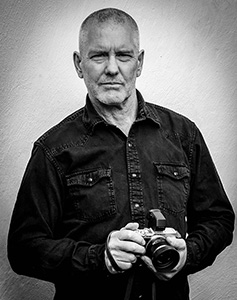 Welcome to my personal project. Copenhagenstreet Photography.
So… I am a student of sorts… learning about myself, art, creativity, expression and the human condition through photographing the landscape of Copenhagen.
In reality it could be any city… but here is where I live… so for me, here is where it’s at.
I’m a New Zealander living and working in this fair city of Copenhagen, Denmark. Here is home though. I’ve learnt that too… through the years.
I have always been pursuing creative endeavours. Writing, drawing, building. This has enhanced and definitely helped my development as an educator. Yes, I work with people… children and adults. I’ve been lucky there.
So street photography opened even more doors… and other ways to enquire and create. Street photography is difficult to define.. so I won’t try here. Suffice to say, when I walk the streets to photograph I forget myself. In that state of mind, I make my best pictures. I become the eye. Intuition kicks in and I become its slave.

So why this website?
This website is the documentation of a great passion. My being witness to and the capturing of the extraordinary… in the ordinary everyday of Copenhagen.
Copenhagen is my adopted home. I am from a small town in the South Island of New Zealand. I have never had a great fondness for cities.
I could never have envisaged a life in the capital city of a Scandinavian country.
However, here I am.
The photographing of people, situations, compositions, textures, atmospheres, form, light and life… has cured my phobia of big cities. For me now I see the streets as an enticing challenge. I have become very passionate about capturing that fleeting moment, framing a context or even revealing the human condition…. all on my doorstep.
I am still a learner and hopefully will always remain so. At this stage of my adult life, photography has opened up a new outlet for creativity. After a couple of years now, I am still surfing the waves of discovery and enthusiasm, so my technical abilities continue to be in development.

The city
Copenhagen is an ideal playground in which to learn the art of street photography. The city is not large at all compared to other major European cities, an urban population of around 1. 2 million, over an area that can be covered by bicycle, public transport or even on foot. Nevertheless, within this relatively small expanse lies a huge diversity of city environments. Architectural and social differences are very noticeable and even after short walking distances these contrasts form the background for the portrayal of an equally diverse population.

The candid photograph
Generally speaking, Copenhageners are quite laid back about being photographed but one must of course respect their personal rights. I make a point of not photographing people in embarrassing or compromising situations, not in their face. In public photographing is quite legitimate, but then again, people can become angry if one sneaks up on them as if in the act of committing a crime.
It really can be a fine balance sometimes. I prefer to be open about taking pictures, quickly seize the moment when it arises and move on. If I’m questioned about what I’m up to I say it as it is, I’m an amateur photographer capturing the atmosphere of the streets in Copenhagen. On rare occasions, people have asked me to delete the photo and without discussion I always comply.

A bit of Danish Law
The Danish Data Protection Agency formulates the difference between portrait and situation pictures: The publication of portrait photos requires the consent of the photographed (privacy Act §6). So even if one takes a picture of a person on a public road, where that person is the main subject, then it is not permitted to publish that image. If the person is photographed in an area in a city or town, and is part of the bigger scene, then that picture can be interpreted as being a “situation picture”. This, in the legal world can be difficult to define. The Data protection agency defines “Situation Photos” in the following context: Images in which an activity or situation is the real purpose of the picture.

I choose to interpret my pictures as being in this category. However if someone discovers a photo of themselves on this site and wishes its removal, then contact me and it will be taken down as soon possible.