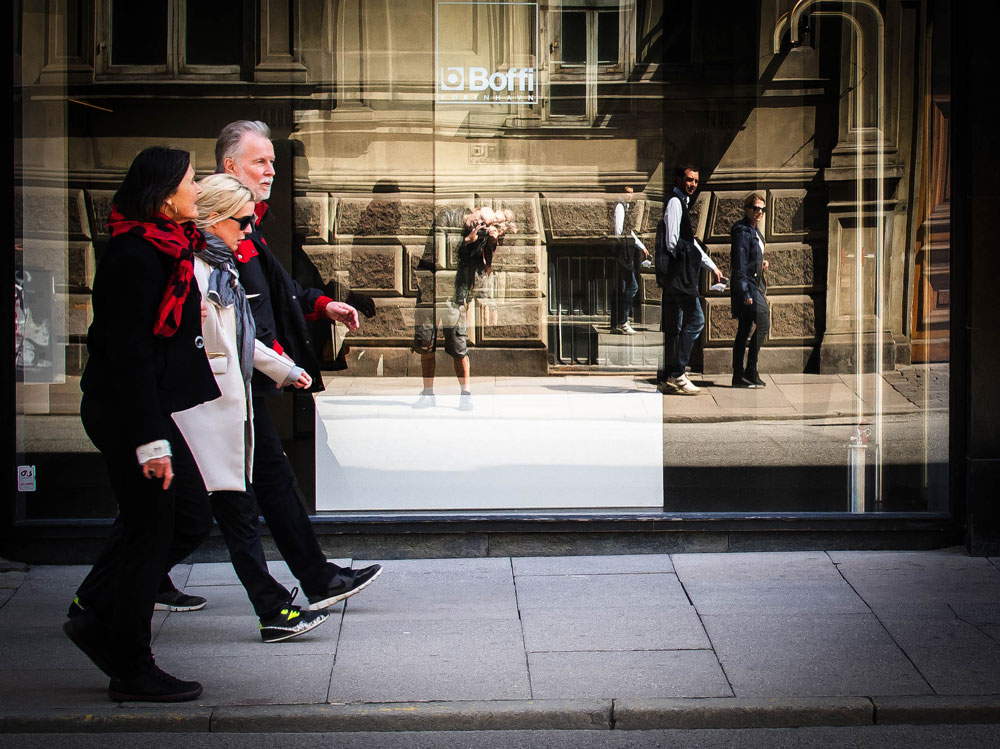 Your mission… should you decide to accept it.

Being a street photographer, you are on a mission.
That mission being what?… capturing the decisive moment?… the atmosphere, the energy, the life… or just being there until something turns up. For me it is somehow the exposing of the creative process on the fly, in the field… in the street. But how the hell does one go about this?

The contradiction for me here is the fact that in order capture this creative process one has to be very much in the present and not pressured or overwhelmed by a goal.. or a mission.

It can be difficult sometimes being on the street and not being part of the culture, pattern or expectation. Everybody is on his or her way to something. Just passing through. The great stampede.
Not being part of this can at first be rather awkward. You may feel as if you’re standing out … and if you feel that way then in all probability you are standing out… and you’re not invisible anymore… you’ve been exposed… and you have lost the ability to think clearly and be creative, if you know what I mean.

So, it’s ok to stand still.
It’s ok just to watch and wait.
Take a few deep breaths… so that you may focus. (excuse the pun)

This depends largely on the kind of photos you are hunting for of course. If you just want to capture people walking on the street then maybe a good tactic is to mingle and flow with them… shoot from the hip and hope for the best. You could get lucky… but this approach has all been done before and usually damned stressful. In my world not so rewarding.

Another good practice is just to wander. Change down a couple of gears and walk in some alternative time warp. It’s ok not to be a part of the mainstream. You are your own stream flowing at your own pace and with your own intentions. Here you may find the city’s unwritten social boundaries disappearing… thus becoming your own master.
Time to step out of the mold.

When this release has taken place you are more capable of finding your own way, your own formula to open these new lines of creativity. In my previous posting, I mentioned motivation and the search for an alternative concept or means of expression. Keeping within the bounds of using the camera and incorporating the street, I still believe the possibilities are endless. It’s just a matter of always being prepared to go that little bit further and believing that there are always new ways of presenting or expressing an image or situation.

Sounds pretty good… I might just give it a try.