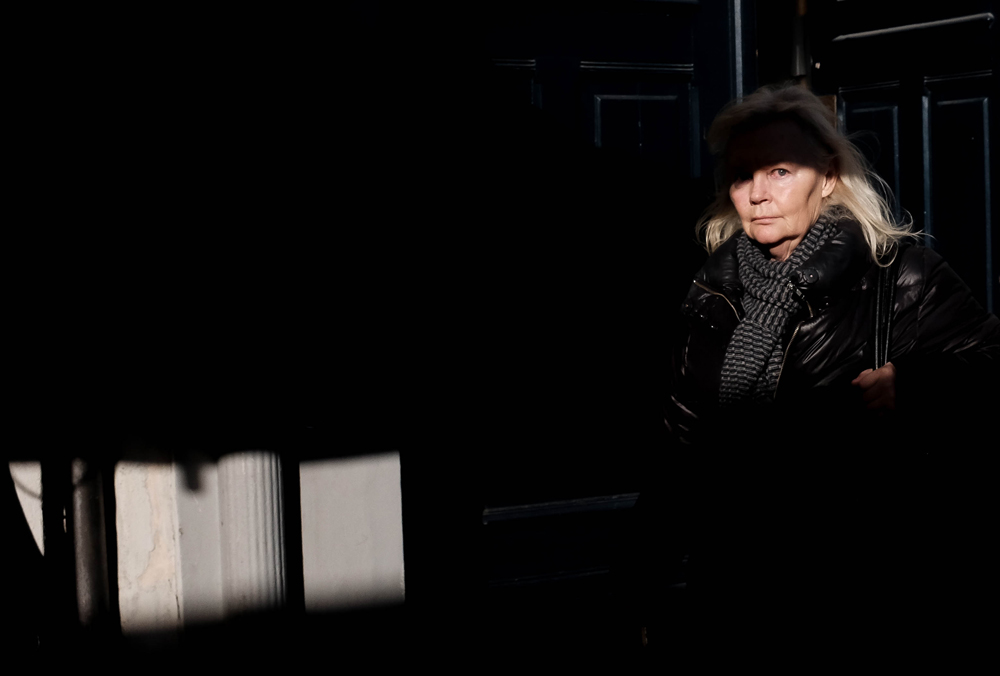 After two years of walking the streets with camera in hand, looking for that ultimate street shot, I am beginning to ask myself what it really is I am trying to say or attempting to express.

Motivation is an important factor in turning up to uncover that creative gem. That twist of impression. That alternative concept.

There has to be a driving force other than a duty or obligation to produce… so one goes in search of that alternative interpretation of a scene. Often the task becomes mammoth and one falls short of the mark, the ambition. So one makes do with the mediocre or the cliché.

Perhaps it’s not exactly possible to use words to describe what one is hoping to express, more a feeling or even a conviction that something very essential is being channeled through the pictures. Is it the light? Is it the contrast? Is it the expression? Is it the atmosphere? Is it in the relationship (between the subject in the photo or between yourself and the subject)? Is it the background? Is it the mystery?

Nevertheless, it has to be something right?

Perhaps it is here where I have to get back to basics and just have a simple goal for every photo shoot/walk. Such as old women with hats, people laughing, men in suits. And so on.

Would that do the trick?